Milwaukee Wisconsin and Rochester New York are separated by 520 miles and a few Great Lakes. It’s a leisurely 11-hour drive from downtown to downtown and will only cost you a small portion of your retirement in tolls to traverse the distance by car. Rochester is known as the “Flour City” or “Flower City” for its rich history as a thriving mill industry town and its profitable seed trade. Milwaukee, on the other hand, is known as the “Cream City” or “Brew City” for its dominating landscape of cream-colored brick buildings and its tremendous talent for brewing, and well, consuming beer. So, what did a flour pounding port and a beer-swilling metropolis have in common and what does it have to do with the MSM?

Yes, the MSM did survive Y2K. Three years later we started a new chapter with the 30th year of the group’s existence. After a season of choral director auditions, the MSM extended an invitation to Maestro Eric Townell to be the music director of the Master Singers of Milwaukee. Townell would lead the group for seven seasons, to that point the longest tenure of a music director since Marlys Greinke led the group. This multi-season stability allowed Townell the freedom to plan ahead and bring more challenging repertoire to the ensemble. Concerts not only included familiar pieces by Bach, Brahms, and Mendelssohn, but modern pieces by Stephen Paulus, Eric Whitacre, Jean Belmont, Jackson Berkey, and Carl Orff. The MSM continued its embrace of diverse repertoire programming a concert in 2005 featuring folk songs in over 10 different languages none of which included the common languages generally performed of German or Latin.

Maestro Townell also helped to increase the collaborative efforts of the group. In May of 2005, the MSM and the Chamber Choir Cantinovum of Finland were invited to New York by the Finnish Consulate General for a concert celebrating Finland’s national epic poem, The Kalevala. In October of 2007, the Master Singers invited the Army Soldier’s Chorus and the Great Lakes Navy Band for a concert at the Pabst Theater entitled Enter the Heroes, A Celebration of Freedom. In June of 2009, the MSM joined the Milwaukee Symphony Orchestra and Chorus for the final concert conducted by Andreas Delfs. Gustaf Mahler’s Symphony No. 8, the “Symphony of a Thousand” was performed to a packed house, using every square inch of the stage at the Marcus Center for the Performing Arts to hold the impressive gathering of musicians.

Maestro Eric Townell accomplished tremendous growth with the MSM all while commuting back and forth from Rochester, NY. Townell was our nomadic champion pushing the group to new heights and helping hone our skills and anchor our position as a premier vocal ensemble. The rebellious spirit of chasing excellence in music over what was easy or popular resulted in. for a brief time, Milwaukee and Rochester sharing the immense talents of Eric Townell. From daffodils to drafts, pastries to Pabst, the “Flower/Flour City” and the “Cream/Brew City” got a small taste of the same artistic influence and a unique cultural immersion experience. Alas, the sustainability of splitting his time between the Master Singers of Milwaukee and the Rochester Oratorio Society became taxing and Maestro Eric Townell and the MSM parted ways in 2010. Townell had made a lasting impact on the group and now it was time for the MSM to take the lessons they learned and grow. They focused in on finding a director that could help them reach out to the local community and who had ties to Southeastern Wisconsin. Little did the MSM know they were about to land the newest hero in our story.

Marlys was our hometown hero. She was our friendly neighborhood Spider-Man bit by the music bug and out to change the landscape of arts in Milwaukee. If Marlys was our Spiderman, then our new director Dr. Eduardo Garcia-Novelli could certainly be considered our Argentinian Iron Man.

Continue to follow our story here as we enter a whole new era with the MSM. Please like and share our story and comment with your memories of the MSM over the years. A special thank you to all of those who reached out sharing so many positive thoughts and memories following our post regarding the passing of Marlys. It is a true pleasure for us to tell her story and to engage with so many amazing followers and fans of the MSM. 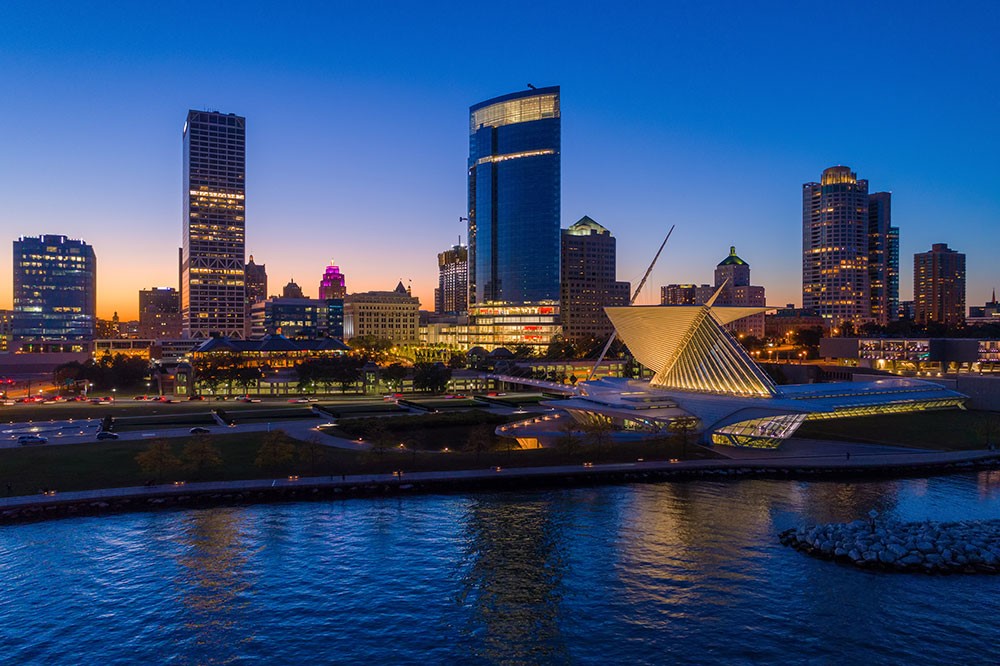 From Argentina With Love
Scroll to top