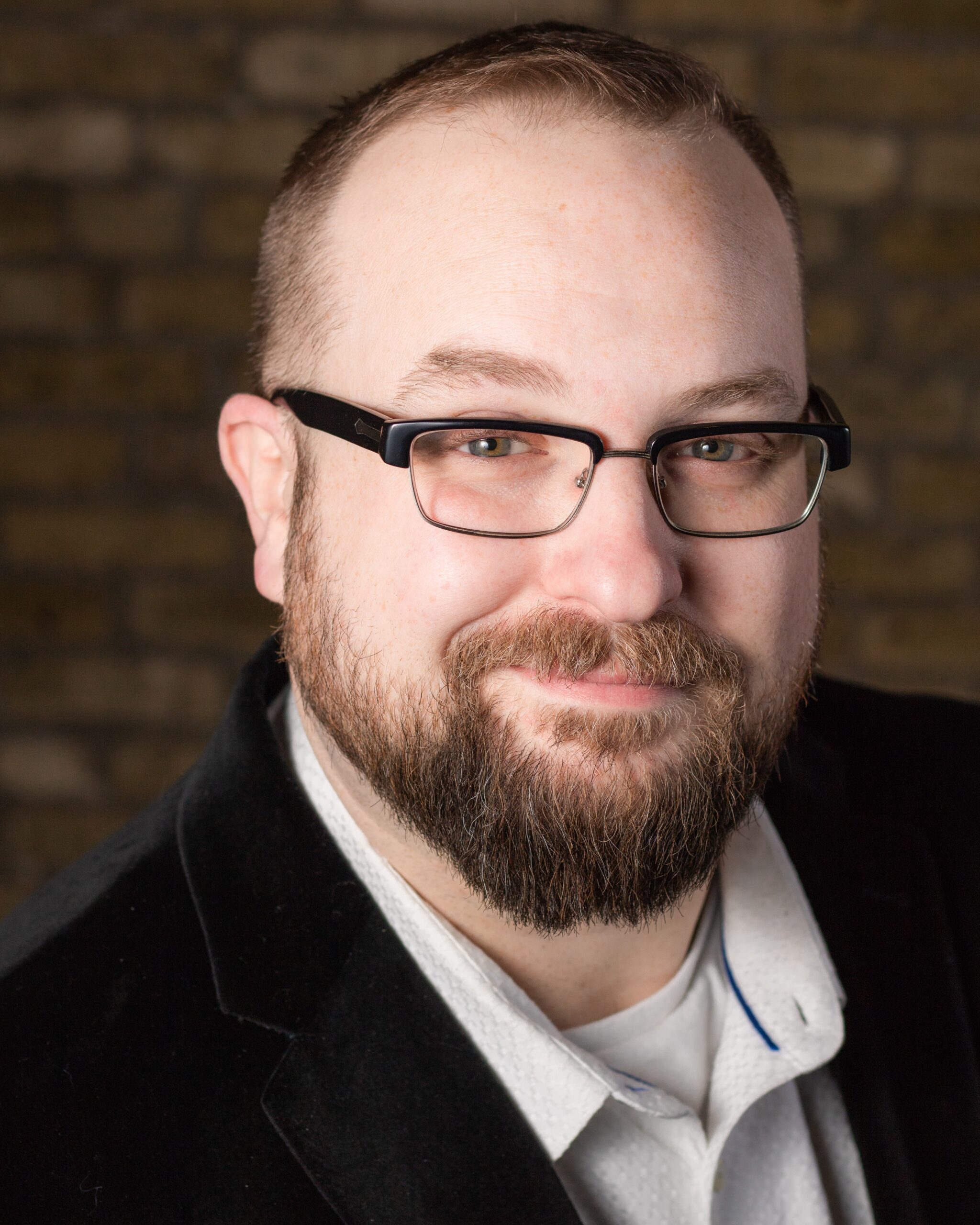 First introduced to the Master Singers of Milwaukee in 2014, Robert immediately recognized the tremendous value of this long-standing Milwaukee tradition and its integral place in the vibrant arts community it serves. Over the last several years, he has had the pleasure of working with the amazing musicians and leaders of the MSM on a variety of projects, both as a singer and volunteer, solidifying his passion for the awe-inspiring work the organization has done since its founding.

For nearly two decades, Robert has provided expert leadership and guidance to a multitude of nonprofit organizations throughout southeastern Wisconsin by capitalizing on his diverse background in arts advocacy, organizational development, and public relations/marketing. Robert’s passion for helping organizations to realize their full potential and implement dynamic new methods for marketing and fundraising is praised by his contemporaries for rethinking the way nonprofits engage their community.

With a passion for embracing diverse cultural influences and fostering an inclusive working environment, Robert hopes to bring that cooperative spirit to his new role. Robert is honored to be joining the Master Singers of Milwaukee’s talented and diverse team of leaders and is looking forward to the challenge of advancing their time-honored organization to ever new heights. 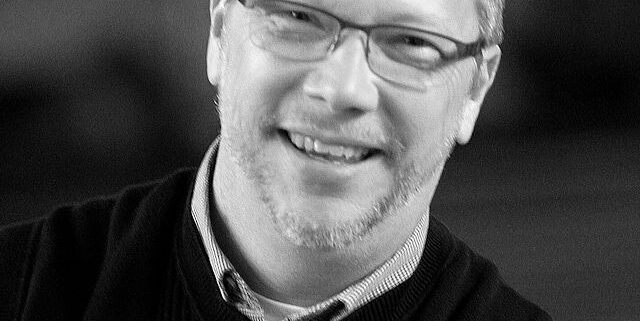 Mr. Lieven is a frequent lecturer in the Sustaining the Mission program offered through the St. Clare Center for Lay Ministry at Cardinal Stritch University. He has served on the Milwaukee Archdiocesan Liturgical Board, the Executive Board for the Milwaukee Chapter of the American Guild of Organists, the board of the Archdiocesan Liturgical Musicians Association and is currently a member of the Master Singers of Milwaukee.

Ross Greinke is the son of Master Singers of Milwaukee founder Marlys Greinke and has been singing with the group for 30 years.  He joined the MSM Board in 2002 and served as its President from 2014 to 2019; he also has served on the Artistic, Nominating, Marketing, and Grant committees. Although this summer, Ross will be moving to Florida to be near family, he will continue to be involved remotely/virtually with the Master Singers of Milwaukee, and may return occasionally to sing with the choir for significant concert events.

Ross attended St. Olaf College for two years, singing in the Viking Chorus and the Chapel Choir.  After transferring to the University of Wisconsin – Milwaukee, he graduated with two degrees, a B.A. in Mathematics and a B.S. in Computer Science. He has been writing software since 1985 for the healthcare, asset management, and hospitality business sectors. He tries to learn one new computer language or computer technology topic every year. While working full-time, Ross moonlighted for a small startup company named ReServe Interactive, a web-based service platform used to manage event planning for catering companies and table management for dining and entertainment venues. He became a full-time employee of ReServe in 2014, which was recently acquired by Infor, the world’s largest deployer of cloud-based software.

A life-long resident of the Milwaukee area, MSM Treasurer Norman Wahn (Norm) has been a licensed
CPA since 1984. He is a 1980 Accounting graduate of the University of Wisconsin-Milwaukee, is married,
and has three grown sons.

Norm has many years of experience in the financial areas wholesale distribution and manufacturing
companies. While working in the corporate sector, he also operated a home-based tax preparation business
as a supplement to his income. Over the years, Norm has also used his financial and administrative skills as
a volunteer for several community organizations in which he was personally involved, including a
condominium homeowners’ association, a youth sports league, and his local neighborhood association.

Norm has served as treasurer, at the board level, and doing the accounting work, including payroll and
filing of IRS Form 990, for several local musical groups:

In 2001, Norm was ‘downsized’ out of the corporate world after 23 years with the same company. In 2003,
he purchased an existing small business accounting and tax preparation business, Tosa Accounting & Tax
Service, which represented more than a five-fold expansion of the client base that he had before in this
home-based business. With minimal additional staff, Norm prepared well over 600 individual and business
tax returns annually, and did accounting and payroll for a number of other local businesses, until he sold the
business in 2013.

After a successful 10 year-run as an entrepreneur, Norm then returned to a smaller volume of tax
preparation, mainly for friends and family, working out of his home. He continues to serve as treasurer for
both the Master Singers of Milwaukee and the Milwaukee Choristers.

Note: since we didn’t have a photo of Norm, this beautiful church represents him and his appreciation for choral music.

Photo by Nenad Spasojevic on Unsplash 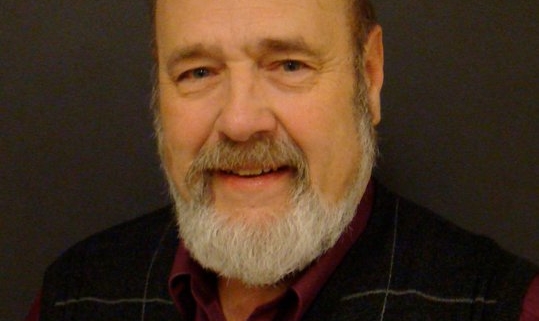 LeRoy has enjoyed a life-long association with choral music beginning with junior high church choir through high school, college glee club, church choir, member of Milwaukee Symphony Chorus 1984 – 1992 and member of Master Singers of Milwaukee 1990 – 2012. Due to these affiliations he has enjoyed multiple glee club and choir tours to Europe in addition to singing under the batons of James Levine and Andrew Davis with the Chicago Symphony Orchestra and Chorus at Ravinia, as well as with Phillip Brunelle at Avery Fisher Hall in New York City. He has been an MSM Board member for six years.

He earned a B.A. in History from Wabash College, Crawfordsville, IN 1967, and a M.A. in Theatre from Indiana University, Bloomington, IN 1980 where he also studied for a M.A. Arts Administration, (ABT).

In September of 1980 He joined the UW-Milwaukee Theatre Department and served as an educator and administrator there until May 2019 when he retired. He was active regionally and nationally in The United States Institute for Theatre Technology (USITT) where he served as Midwest Region Chair and as National Vice President for Sections and Chapters.  During his career he was instrumental in bringing the national conference of USITT to Milwaukee twice, once serving as Chair. He was made a Fellow of the Institute in March 2000.

Janet joined the MSM in 2009 and still sings with the group. She was invited to join the MSM Board in 2013 and was appointed Board Secretary serving in that position until being elected the current President. She graduated from UW – Milwaukee in 1973 with a Music Education degree and did additional graduate level work resulting in her Orff-Schulwerk Certification. She taught elementary music in the School District of Waukesha for 34 years and served as President of the Education Association of Waukesha for the last four years of her career. She retired from teaching in 2008.  She continues to work part-time doing clerical work for a small, family-owned manufacturing business located in Waukesha. WI. She has two sons who are married and has three grandchildren. Janet lives in Wauwatosa, WI.

Stay tuned to our Facebook page for performance teasers and song insights from Director Eduardo Garcia-Novelli.

Due to the pandemic, MSM recently launched a 2020-2021 Winter/Spring Virtual Concert Season that includes five short recorded live performances. These performances were recorded (live, masked, and distanced) at a safe and secure site, following CDC Covid-19 guidelines to keep everyone safe and healthy.

The Winter/Spring Season opened on December 19, 2020, with “A Master Singers Christmas 2020” and continued in 2021 with “The Song of Love,” the first of 4 Musical De-lites mini-concerts, which premiered on February 14. Our virtual season continues through the Spring with new seasonally-themed performances by our MSM singers conducted by Dr. Eduardo Garcia-Novelli, premiering on March 17, May 9, and May 31.

Each performance premieres on our Facebook page at 4:00 PM CST on the scheduled date, and also goes live at that time on our website and on our YouTube channel. We hope that you will join us to watch these performances, and return to enjoy them as often as you like while we are unable to perform in person for you. We are looking forward to next season when we hope to return to live concerts again!

Your generosity to the MSM throughout the pandemic, which has severely affected many arts organizations, has enabled us to maintain our financial stability and to support our staff during these challenging times for the performing arts. If you enjoy viewing any of our live recorded performances this season, please consider making a donation now by clicking here. All donors will be acknowledged by giving level in our virtual concert programs, which are available through links in our social media, and on our website and YouTube page.

Thank you very much for your much-valued support, and we hope that you enjoy each of our performances!

Marna has been singing with the Master Singers since January 2012 but has been active in choirs her entire life. Having grown up in a musical family, with both parents being church musicians, she has been involved in the performing arts since a very young age. She joined the MSM Board in summer 2020. Marna is a 2011 graduate of Carthage College with a Bachelor’s Degree in English, with an emphasis in Creative Writing, and a minor in Music. She is currently Operations Director for the Milwaukee Youth Symphony Orchestra (MYSO), where she oversees the planning and logistics of all programming, including rehearsal schedules, facility usage, equipment and trucking, venue contracts, performances, and international tours. Marna has been with MYSO since August 2014. She and her husband, Paul, live in Cudahy, WI, with their fur baby Shere Khan. 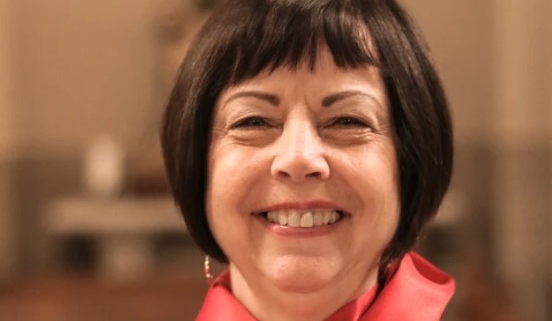 Marilyn Henning and her husband, Lee, started singing with the Master Singers of Milwaukee when the group was originally formed in 1973.

She served as personnel director under Marlys Greinke and in the same capacity for 15 years with Margaret Hawkins in her small ensemble, Vocal Arts Consort.  She served as secretary for the MSM Board until 2013.  Marilyn continues to serve on the MSM Board as a member-at-large, and to sing with the group.  She also plays flute in a flute ensemble, sings in church choir, and sings in the Elm Grove Women’s Choir.

Marilyn and Lee have four married children and 16 grandchildren. The Hennings  live in Elm Grove, Wisconsin.